CoolSculpting vs. Kybella: What’s the best Treatment for double chin?

CoolSculpting vs. Kybella: What’s the Best Treatment for a Double Chin?

Americans are seeing a different side of ourselves… and it’s bothering us!

Blame it on the rise of social media, but we are seeing a different side of ourselves.  I can’t tell you the number of times a client has brought in a photo of themselves from a “bad angle” and are bothered by the extra fat under the chin.  In a study conducted by Allergan, over 2/3 of Americans are bothered by submental fullness, aka a double chin.

The options: Liposuction, Kybella, or CoolSculpting

Fortunately, there are ways to get rid of the unwanted fat under the chin.  To obtain the most drastic reduction of fat, liposuction is the way to go.  CoolSculpting and Kybella are both nonsurgical options for improvement in the appearance of a double chin.  For this particular post, we’ll focus on the non-surgical options.

How Kybella and CoolSculpting work:

Kybella is deoxycholic acid, a naturally occurring product in the body that breaks down dietary fat.  Kybella is injected in multiple spots into the area of concern, and upon injection, the fat cells’ membranes are destroyed and the fat is gone for good. CoolSculpting kills cells by freezing fat cells to death, a process called cryolypolysis.  The specially designed applicator is placed on the chin area using suction to hold the tissue in place and then delivers controlled cooling to the area. The body further breaks down the fat cells over the course of three months following both treatments.

Both Kybella and CoolSculpting permanently destroy the fat cells.  Results are best seen about 3 months from the last treatment.  Finally, more than one session is usually needed for best results 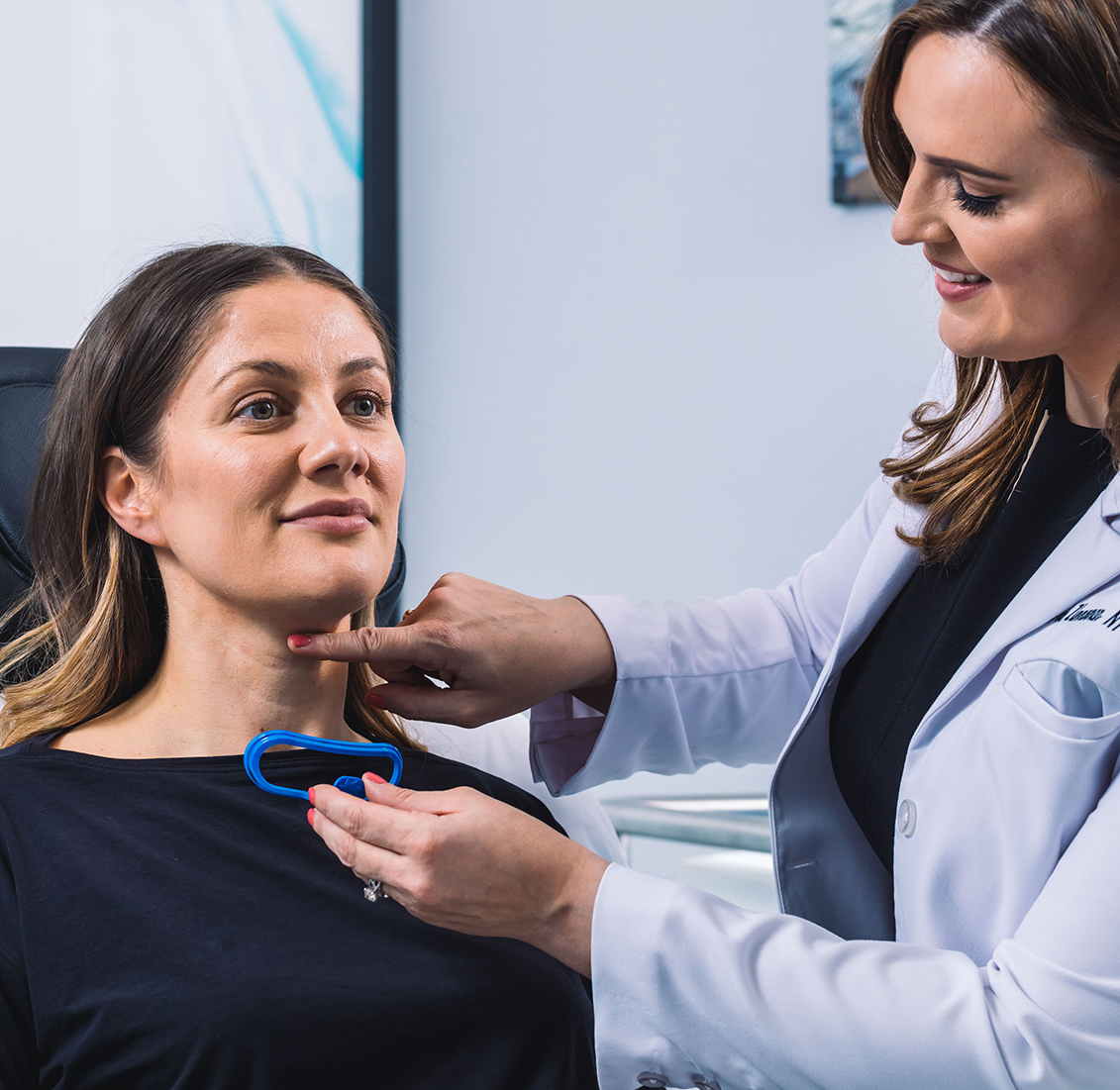 Conclusion: If you want a more affordable and comfortable treatment CoolSculpting is the best choice

You may be wondering, why is Kybella even an option?  Kybella may still be a good choice for a young person with a very small amount of fat that might not fit into a CoolMini applicator.  Also, many practices choose not to purchase a CoolSculpting system (they are pretty expensive) so those practices are offering Kybella to treat the area.  In summary, seek out a consultation with ZL MedAesthetics to see if our CoolMini Tucson treatment the right fit for you!